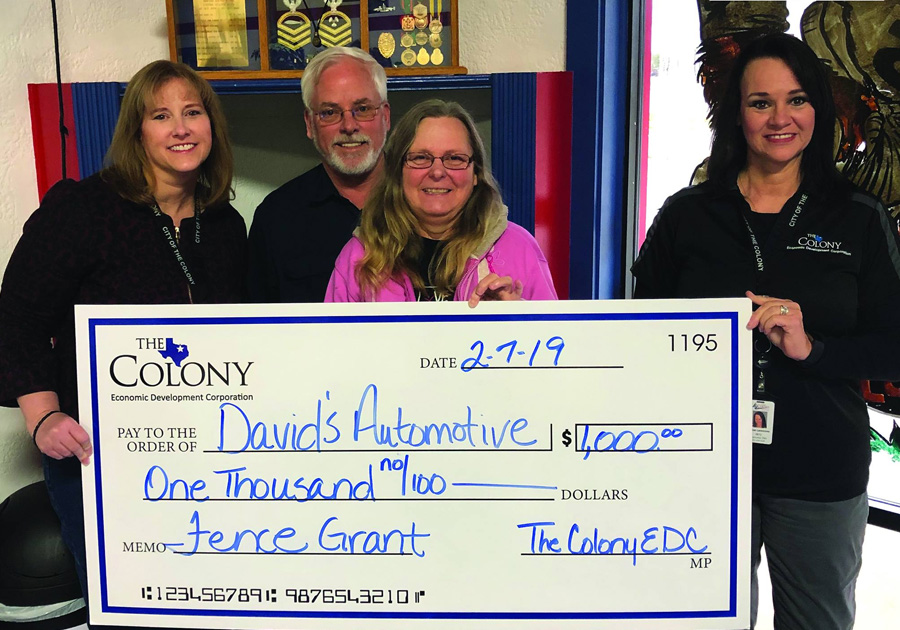 This program is a way for us to collaborate with local businesses in our community.

The program is intended to assist with improvements at their facilities. We are proud to reinvest in our commercial citizens. This grant was presented to David’s Automotive in partnership on the new fencing at the shop.

David Nix, owner of David’s Automotive retired in 1999 from the United States Submarine Force after 20 years of service. David owns the oldest commercial building in The Colony, which was built in 1973. Goodyear operated in the building for 16 years until 1989; Colony Tire & Auto occupied the space for 19 years until 2008. David’s Automotive has owned and operated in the space since then.

David believes in giving back to the community. He gives the First Baptist Church the use of some of the bays once a month for single mothers and the elderly. He also supports the “Walk” to stop human trafficking once a year. David offers a 10% discount for The Military (active or retired and their families), First Responders and Senior Citizens. David has made many improvements to the facility over the years and believes in doing his part in being environmentally conscious. His shop is a “green” business.